The '100' was named to reflect the theoretical 100 mph maximum speed of the vehicle. In common with many products of the thirties, the adoption of an animal name was deemed appropriate, and once approved by Sir William Lyons the name "Jaguar" was given to a new saloon car in 1936, and from that point to all the cars.

The 'SS' in the model designation was a remnant of the company's founding as Swallow Sidecars, Ltd, a company founded to build motorcycle sidecars. During the Second World War, because of the Nazi connotations of the initials "SS", the company was renamed Jaguar.

The chassis had a wheelbase of 8 feet 8 inches (2.64 m), and was essentially a shortened version of the one designed for the 2.5-litre saloon, a car produced in much greater numbers, and first seen in the SS 90 of 1935. When leaving the factory it originally fitted 5.50 or 5.25 × 18 inch tyres on 18 inch wire wheels. Suspension was on half-elliptical springs all round with rigid axles. The engine was a development of the old 2.5-litre Standard pushrod unit converted from side valve to overhead valve with a new cylinder head designed by William Heynes and Harry Weslake. The power output was increased from 70 bhp (52 kW) to 100 bhp (70 kW). Twin SU carburettors were bolted directly to the cylinder head. In 1938 the engine was further enlarged to 3.5 litres and the power increased to 125 bhp (93 kW). The four-speed gearbox had synchromesh on the top 3 ratios. Brakes were by Girling. The complete car weighed just over 23 cwt (2600 pounds, 1150 kg).

Widely considered one of the most aesthetically pleasing sporting cars of the 1930s the SS100 is also very rare, with only 198 2.5-litre and 116 3.5-litre models made. While most stayed on the home market, 49 were exported. Cars in good condition will now regularly fetch in excess of £300,000. A near concours example was auctioned by Bonhams at the 2007 Goodwood Festival of Speed for £199,500. Due largely to its rarity, auction prices for the SS100 have since risen strongly.

It was on an SS100 that the famous Jaguar 'leaper', the marque's signature feline hood ornament, was first displayed. In mid 1936 the first version of the Jaguar mascot was reputedly described by Sir William Lyons, founder of the company, as "looking like a cat shot off a fence". A later publicity photograph of the new Model 100 "Jaguar" (registration mark CKV 250) parked outside the offices of SS Cars Ltd in early 1937 shows a revised Jaguar 'leaper' mounted on the radiator cap. It is this more stylised 'leaper' that became the trade mark for Jaguar Cars, Ltd., remaining in use to this day.

The unnamed owner of the Belgravia vintage car dealer in James Leasor's 'Aristo Autos' novels, 'They Don't Make Them Like That Any More', 'Never Had a Spanner on Her' and 'Host of Extras', drives an SS100, and the car features prominently in the books.

The late Alan Clark (1928-1999) MP owned an SS Jaguar 100, and during his time in Margaret Thatcher's government was often to be seen piloting his SS100 away from the House of Commons after late Parliamentary sittings.

Of the 49 exported models, one notable example, CNP 947, was driven and raced by pioneering American television host Dave Garroway. His white 3 1/2 Litre car still bears the alligator hide trim on its instrument panel, seat surfaces and steering wheel from his ownership. Jaguar Motorcars provided Garroway the first XK 3.8 litre engine sold privately, a race prepared unit which remains with the car. At Gooding's January 2017 auction in Scottsdale, Arizona, the Garroway SS100, with both the XK engine and a correct 3 1/2 litre Standard engine, sold for £493,000.

A number of Jaguar SS100 replicas and recreations of varying material quality and execution have been manufactured since the 1960s. Significant makers include the Birchfield Motor Company, the Steadman Motor Company, Suffolk Sportscars and the Finch Motor Company. In recent years, even these replicas regularly bring in excess of £50,000. 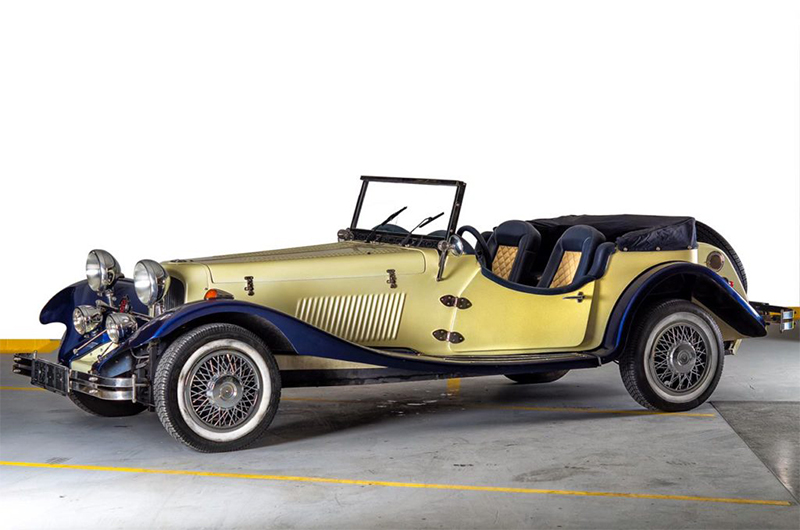 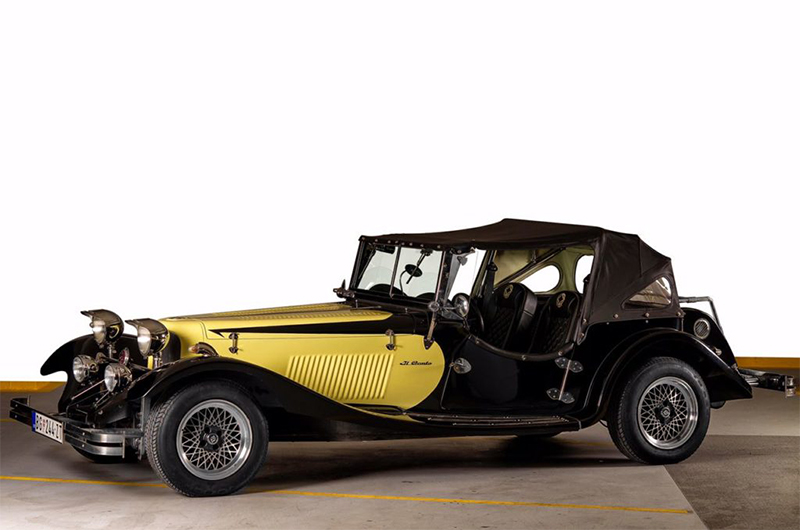 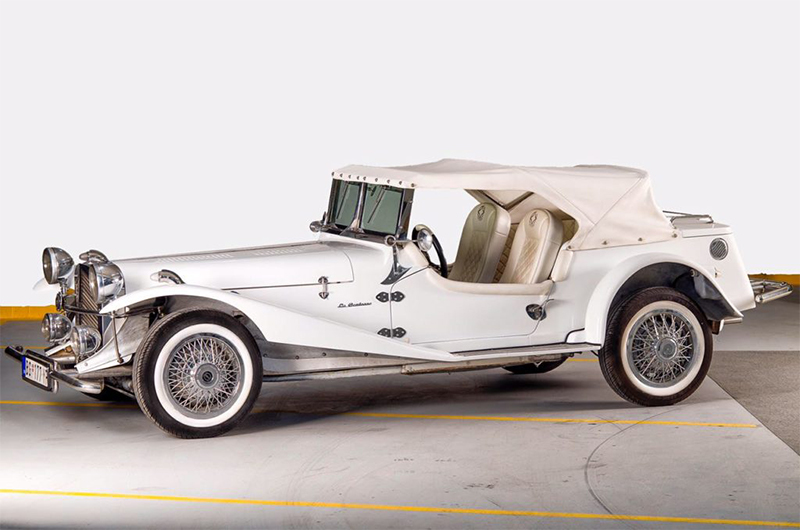