The Riley RM Series is an executive car which was produced by Riley from 1945 to 1955. It was the last model developed independently by Riley prior to the 1952 merger of Riley's still new owner Nuffield, with Austin to form BMC. The RM series was originally produced in Coventry, but in 1949 production moved to the MG works at Abingdon. The RM models were marketed as the Riley 1½ Litre and the Riley 2½ Litre.

There were three types of RM vehicles produced. The RMA was a large saloon, and was replaced by the RME. The RMB was a longer car to carry the larger engine and was replaced by the RMF. The RMC and RMD were limited-production cars, an open 2 or 3-seater Roadster and a 4-seater Drophead. All of the RM vehicles featured the pre-war Riley race developed 1.5 L (1496 cc) 12 hp (RAC Rating) or the successful 1937 new 16 hp (RAC Rating) 2.5 L "Big Four" straight-4 engines with hemispherical combustion chambers and twin camshafts mounted high at the sides of the cylinder block.

The RMA was the first post-war Riley. It was announced in August 1945 with the news it would become available in the autumn. It used the 1.5 L engine and was equipped with hydro-mechanical brakes and an independent suspension using torsion bars in front. The body frame (not to be confused with the chassis) was made of wood in the English tradition, and the car featured traditional styling. The car was capable of reaching 75 mph (121 km/h). The RMA was produced from 1945 until 1952 when it was replaced by the RME. 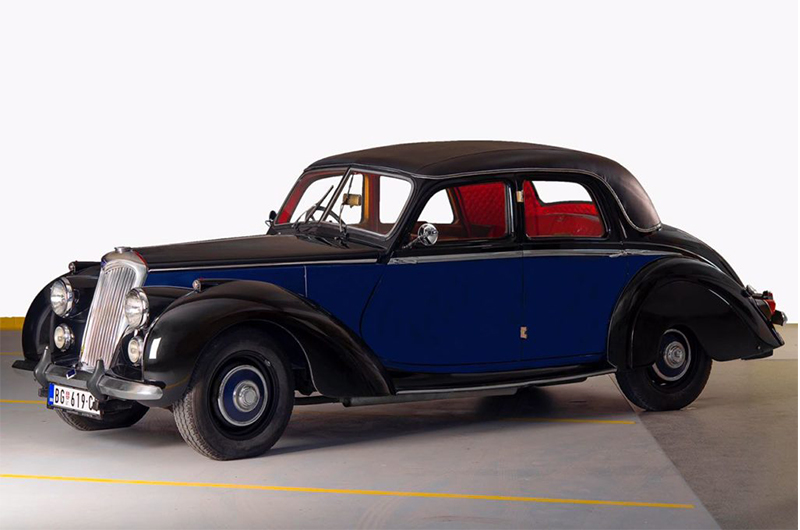